The Anxiety of Boredom - Most Worried When I Am Bored

I often find myself worried. I say "find myself" because it is usually unconscious, like a nagging pain, a permanence, like being immersed in a gelatinous liquid, trapped and helpless. Perhaps the phrase I am looking for is the DSM favourite "All-pervasive". Still, it is never diffuse. I am worried about specific people, or possible events, or more or less plausible scenarios. It is just that I seem to constantly conjure up some reason or another to be worried. Positive past experiences have not dissuaded me from this pre-occupation. I seem to believe that the world is a cruelly arbitrary, ominously contrarian, contrivingly cunning and indifferently crushing place. I know it will all end badly and for no good reason. I know that life is too good to be true and too bad to endure. I know that civilization is an ideal and that the deviation from it are what we call "history". I am incurably pessimistic, an ignoramus by choice and incorrigibly blind to evidence to the contrary.

Underneath all this is a Great Anxiety. I fear life and what people do unto each other. I fear my fear and what it does to me. I know I am a participant in a game whose rules I will never know and that my very existence is at stake. I trust no one, I believe in nothing, I know only two certainties: evil exists and life is meaningless. I am convinced that no one cares. I am a pawn without a chessboard with the chess players long departed. In other words: I float.

This existential angst that permeates my every cell is atavistic and irrational. It has no name or likeness. It is like the monsters in every child's bedroom with the lights turned off. But being the rationalizing and intellectualising cerebral narcissist that I am - I must instantly label it, explain it, analyse it and predict it. I must attribute this poisonous cloud that weighs on me from the inside to some external cause. I must set it in a pattern, embed it in a context, transform it into a link in the great chain of my being. Hence, diffuse anxiety become my focused worries. Worries are known and measurable quantities. They have a mover which can be tackled and eliminated. They have a beginning and an end. they are tied to names, to places, faces and to people. Worries are human - anxiety divine. I thus, transform my demons into notation in my diary: check this, do that, apply preventive measures, do not allow, pursue, attack, avoid. The language of human conduct in the face of real and immediate danger is cast as blanket over the underlying abyss that harbours my anxiety.

But such excessive worrying - whose sole intent is to convert irrational anxiety into the mundane and tangible - is the stuff of paranoia. For what is paranoia if not the attribution of inner disintegration to external persecution, the assignment of malevolent agents from the outside to the turmoil inside? The paranoid seeks to alleviate his voiding by irrationally clinging to rationality. Things are so bad, he says, mainly to himself, because I am a victim, because "they" are after me and I am hunted by the juggernaut of state, or by the Freemasons, or by the Jews, or by the neighbourhood librarian. This is the path that leads from the cloud of anxiety, through the lamp posts of worry to the consuming darkness of paranoia.

Paranoia is a defence against anxiety and against aggression. The latter is projected outwards, upon imaginary other, the agents of one's crucifixion.

Anxiety is also a defence against aggressive impulses. Therefore, anxiety and paranoia are sisters, the latter but a focused form of the former. The mentally disordered defend against their own aggressive propensities by either being anxious or by becoming paranoid.

Aggression has numerous faces. One of its favourite disguises is boredom.

Like its relation, depression, it is aggression directed inwards. It threatens to drown the bored in a primordial soup of inaction and energy depletion. It is anhedonic (pleasure depriving) and dysphoric (leads to profound sadness). But it is also threatening, perhaps because it is so reminiscent of death.

I find myself most worried when I am bored. It goes like this: I am aggressive. I channel my aggression and internalise it. I experience my bottled wrath as boredom. I am bored. I feel threatened by it in a vague, mysterious way. Anxiety ensues. I rush to construct an intellectual edifice to accommodate all these primitive emotions and their transubstantiations. I identify reasons, causes, effects and possibilities in the outer world. I build scenarios. I spin narratives. I feel no more anxiety. I know the enemy (or so I think). And now I am worried. Or paranoid.

next: A Great Admiration

APA Reference
Vaknin, S. (2008, December 22). The Anxiety of Boredom - Most Worried When I Am Bored, HealthyPlace. Retrieved on 2022, January 18 from https://www.healthyplace.com/personality-disorders/malignant-self-love/the-anxiety-of-boredom-most-worried-when-i-am-bored 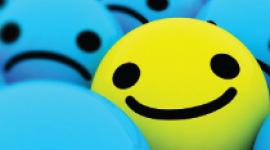 The Professions of the Narcissist