The Narcissist and Social Institutions

"1 But know this, that in the last days perilous times will come: 2 For men will be lovers of themselves, lovers of money, boasters, proud, blasphemers, disobedient to parents, unthankful, unholy, 3 unloving, unforgiving, slanderers, without self-control, brutal, despisers of good, 4 traitors, headstrong, haughty, lovers of pleasure rather than lovers of God, 5 having a form of godliness but denying its power. And from such people turn away! 6 For of this sort are those who creep into households and make captives of gullible women loaded down with sins, led away by various lusts, 7 always learning and never able to come to the knowledge of the truth. 8 Now as Jan'nes and Jam'bres resisted Moses, so do these also resist the truth: men of corrupt minds, disapproved concerning the faith; 9 but they will progress no further, for their folly will be manifest to all, as theirs also was."

(The Second Epistle of Paul the Apostle to Timothy 3:1-9)

Can narcissism be reconciled with a belief in God?

The narcissist is prone to magical thinking. He regards himself in terms of "being chosen" or of "being destined for greatness". He believes that he has a "direct line" to God, even, perversely, that God "serves" him in certain junctions and conjunctures of his life, through divine intervention. He believes that his life is of such momentous importance, that it is micro-managed by God. The narcissist likes to play God to his human environment. In short, narcissism and religion go well together, because religion allows the narcissist to feel unique.

This is a private case of a more general phenomenon. The narcissist likes to belong to groups or to frameworks of allegiance. He derives easy and constantly available Narcissistic Supply from them. Within them and from their members he is certain to garner attention, to gain adulation, to be castigated or praised. His False Self is bound to be reflected by his colleagues, co-members, or fellows.

This is no mean feat and it cannot be guaranteed in other circumstances. Hence the narcissist's fanatic and proud emphasis of his membership. If a military man, he shows off his impressive array of medals, his impeccably pressed uniform, the status symbols of his rank. If a clergyman, he is overly devout and orthodox and places great emphasis on the proper conduct of rites, rituals and ceremonies.

The narcissist develops a reverse (benign) form of paranoia: he feels constantly watched over by senior members of his group or frame of reference, the subject of permanent (avuncular) criticism, the centre of attention. If a religious man, he calls it divine providence. This self-centred perception also caters to the narcissist's streak of grandiosity, proving that he is, indeed, worthy of such incessant and detailed attention, supervision and intervention.

From this mental junction, the way is short to entertaining the delusion that God (or the equivalent institutional authority) is an active participant in the narcissist's life in which constant intervention by Him is a key feature. God is subsumed in a larger picture, that of the narcissist's destiny and mission. God serves this cosmic plan by making it possible.

Indirectly, therefore, God is perceived by the narcissist to be at his service. Moreover, in a process of holographic appropriation, the narcissist views himself as a microcosm of his affiliation, of his group, or his frame of reference. The narcissist is likely to say that he IS the army, the nation, the people, the struggle, history, or (a part of) God.

As opposed to healthier people, the narcissist believes that he both represents and embodies his class, his people, his race, history, his God, his art - or anything else he feels a part of. This is why individual narcissists feel completely comfortable to assume roles usually reserved to groups of people or to some transcendental, divine (or other), authority.

This kind of "enlargement" or "inflation" also sits well with the narcissist's all-pervasive feelings of omnipotence, omnipresence, and omniscience. In playing God, for instance, the narcissist is completely convinced that he is merely being himself. The narcissist does not hesitate to put people's lives or fortunes at risk. He preserves his sense of infallibility in the face of mistakes and misjudgements by distorting the facts, by evoking mitigating or attenuating circumstances, by repressing memories, or by simply lying.

In the overall design of things, small setbacks and defeats matter little, says the narcissist. The narcissist is haunted by the feeling that he is possessed of a mission, of a destiny, that he is part of fate, of history. He is convinced that his uniqueness is purposeful, that he is meant to lead, to chart new ways, to innovate, to modernise, to reform, to set precedents, or to create from scratch.

Every act of the narcissist is perceived by him to be significant, every utterance of momentous consequence, every thought of revolutionary calibre. He feels part of a grand design, a world plan and the frame of affiliation, the group, of which he is a member, must be commensurately grand. Its proportions and properties must resonate with his. Its characteristics must justify his and its ideology must conform to his pre-conceived opinions and prejudices.

In short: the group must magnify the narcissist, echo and amplify his life, his views, his knowledge, and his personal history. This intertwining, this enmeshing of individual and collective, is what makes the narcissist the most devout and loyal of all its members.

The narcissist is always the most fanatical, the most extreme, the most dangerous adherent. At stake is never merely the preservation of his group - but his very own survival. As with other Narcissistic Supply Sources, once the group is no longer instrumental - the narcissist loses all interest in it, devalues it and ignores it.

In extreme cases, he might even wish to destroy it (as a punishment or revenge for its incompetence in securing his emotional needs). Narcissists switch groups and ideologies with ease (as they do partners, spouses and value systems). In this respect, narcissists are narcissists first and members of their groups only in the second place.

next:   The Dual Role of the False Self 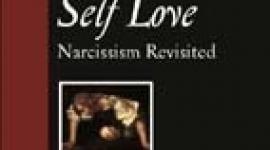