A voluminous literature notwithstanding, there is little convincing empirical research about the correlation between personality traits and addictive behaviors. Substance abuse and dependence (alcoholism, drug addiction) is only one form of recurrent and self-defeating pattern of misconduct. People are addicted to all kinds of things: gambling, shopping, the Internet, reckless and life-endangering pursuits. Adrenaline junkies abound.

The connection between chronic anxiety, pathological narcissism, depression, obsessive-compulsive traits and alcoholism and drug abuse is well established and common in clinical practice. But not all narcissists, compulsives, depressives, and anxious people turn to the bottle or the needle. Frequent claims of finding a gene complex responsible for alcoholism have been consistently cast in doubt.

In 1993, Berman and Noble suggested that addictive and reckless behaviors are mere emergent phenomena and may be linked to other, more fundamental traits, such as novelty seeking or risk taking. Psychopaths (patients with Antisocial Personality Disorder) have both qualities in ample quantities. We would expect them, therefore, to heavily abuse alcohol and drugs. Indeed, as Lewis and Bucholz convincingly demonstrated in 1991, they do. Still, only a negligible minority of alcoholics and drug addicts are psychopaths.

"Pathological narcissism is an addiction to Narcissistic Supply, the narcissist's drug of choice. It is, therefore, not surprising that other addictive and reckless behaviours - workaholism, alcoholism, drug abuse, pathological gambling, compulsory shopping, or reckless driving - piggyback on this primary dependence.

The narcissist - like other types of addicts - derives pleasure from these exploits. But they also sustain and enhance his grandiose fantasies as "unique", "superior", "entitled", and "chosen". They place him above the laws and pressures of the mundane and away from the humiliating and sobering demands of reality. They render him the centre of attention - but also place him in "splendid isolation" from the madding and inferior crowd.

Such compulsory and wild pursuits provide a psychological exoskeleton. They are a substitute to quotidian existence. They afford the narcissist with an agenda, with timetables, goals, and faux achievements. The narcissist - the adrenaline junkie - feels that he is in control, alert, excited, and vital. He does not regard his condition as dependence. The narcissist firmly believes that he is in charge of his addiction, that he can quit at will and on short notice."

Read more about the Adrenaline Junkie

In our attempt to decipher the human psyche (in itself a mere construct, not an ontological entity), we have come up with two answers:

I. That behaviors, moods, emotions, and cognitions are wholly reducible to biochemical reactions and neural pathways in the brain. This medicalization of what it is to be human is inevitably hotly contested.

II. That behaviors, moods, emotions, and cognitions can be explained and predicted by the introduction of "scientific" theories based on primary concepts. Psychoanalysis is an early - and now widely disregarded - example of such an approach to human affairs.

The concepts of "addiction" and "(pathological) narcissism" were introduced to account for oft-recurring amalgams of behaviors, moods, emotions, and cognitions. Both are organizing, exegetic principles with some predictive powers. Both hark back to Calvinist and Puritan strands of Protestantism where excess and compulsion (inner demons) were important topics.

Yet, though clearly umbilically connected, as I have demonstrated elsewhere, addictive behaviors and narcissistic defenses also differ in critical ways.

When addicts engage in addictive behaviors, they seek to change their perception of their environment. As the alcoholic Inspector Morse says, once he had consumed his single Malts, "the world looks a happier place". Drugs make the things look varicolored, brighter, more hopeful, and fun-filled.

In contrast, the narcissist needs narcissistic supply to regulate his inner universe. Narcissists care little about the world out there, except as an ensemble of potential and actual sources of narcissistic supply. The narcissist's drug of choice - attention - is geared to sustain his grandiose fantasies and senses of omnipotence and omniscience.

Classical addiction - to drugs, alcohol, gambling, or to other compulsive behaviors - provides the addict with an exoskeleton: boundaries, rituals, timetables, and order in an otherwise chaotically disintegrating universe.

Not so for the narcissist.

Admittedly, like the addict's search for gratification, the narcissist's pursuit of narcissistic supply is frenetic and compulsive and ever-present. Yet, unlike the addict's, it is not structured, rigid, or ritualistic. On the contrary, it is flexible and inventive. Narcissism, in other words, is an adaptive behavior, albeit one that has outlived its usefulness. Addiction is merely self-destructive and has no adaptive value or reason.

Finally, at heart, all addicts are self-destructive, self-defeating, self-loathing, and even suicidal. In other words: addicts are predominantly masochists. Narcissists, in contrast, are sadists and paranoids. They lapse into masochism only when their narcissistic supply runs hopelessly dry. The narcissist's masochism is aimed at restoring his sense of (moral) superiority (as a self-sacrificial victim) and to prod him into a renewed effort to reassert himself and hunt for new sources of narcissistic supply.

Thus, while the addict's brand of masochism is nihilistic and suicidal - the narcissist's masochism is about self-preservation.

next: Psychological Signs and Symptoms

Narcissists, Inverted Narcissists and Schizoids
Chapter 1, The Soul of a Narcissist, The State of the Art
The History of Personality Disorders 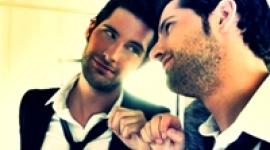