Mother Fights To Save Her Bipolar Sons

Deparate mother sells everything to help bipolar sons, but county agency still refuses to step in.

The cabinets in Sue Mikolic's home office are filled with medical research
and documents about her family and mental illness issues.

Everything spent, and no help

After 14-year-old Matthew Mikolic chased his younger brother with a knife, his mother asked Lake County officials to pay to send him to a psychiatric center. They refused.

"They said he wasn't violent enough, that he had only tried to kill his brother once," Susan Mikolic says.

Now, the Eastlake, Ohio, mom lives in fear that next time, Matthew, who is now a 220-pound, mentally ill 16-year-old, will succeed. She hides tools and poisonous household cleaners in a locked fishing tackle box in the garage. She started locking up kitchen knives after Matthew tried to stab Brian, then 12.

"Brian locked himself in the bathroom, called me and said, 'Get home, Matthew's got a knife and he's trying to kill me,' " Mikolic, 44, recalls. "I called the police, and a whole SWAT team came. By the time I got there, Brian was crying in the driveway, and Matthew had his hands in the air."

Mikolic sought help from the county because she had no money left for more care. When her insurance ran out, she sold her $287,000 suburban home to cover treatment for both of her sons, who have bipolar disorders that cause them to swing from overly hyper to depressed or violent. 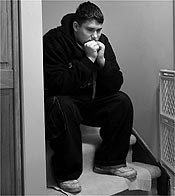 At first, the boys needed weekly counseling, but insurance only covered half the cost of 20 sessions with a psychiatrist a year at $125 each per child. Eventually, Mikolic and her husband were shelling out more than $20,000 a year for family therapy. They took out three home equity lines of credit to pay for treatments, including lightbox therapy, music therapy and anti-psychotic drugs.

For Mikolic, the pressures finished off her marriage and forced the couple to sell their home to pay off their loans. In the end, she was left with just enough to put a small downpayment on a modest white house that needs a $3,000 roof.

She also developed diabetes and such deep depression that she could no longer work as a nurse.

"It was a process of letting go, selling the house, the furniture, everything," she says. "I've had relatives look at me and say, 'How could you lose your home, your husband, your job?' And I say, 'Where would you have stopped? What would you do to save your kids?' "

Mikolic says what happened to her shows just what families with mentally ill children are up against. She and other advocates are pushing Ohio lawmakers to pass a bill that would force insurance companies to cover a mental illness in the same way they cover a physical illness.

If her sons had leukemia, Mikolic reasons, she wouldn't have had to sell her home. "Why should it be different for us because they are bipolar?" she asks.

Roberta Barb, an administrator of child protection services in Lake County, says her agency opted not to send Matthew to a treatment center because, "As a group, we decided he was not in need of placement. We can't make everybody happy, and we're not placing a kid in treatment just because a parent believes he needs to go."

"I could hear the machine start, but I couldn't tell them I was awake," Matthew says. "I kept thinking, 'I should put my hand up, but I couldn't. It was scary. Once they started the procedure, I didn't know if I'd feel it."

He's frustrated but grateful for his mom for refusing to give up on him. "If it weren't for her, I'd be dead. If she didn't support me, I would have killed myself."

He pauses and lowers his voice.

"The illness puts that in your head," he says. "People say you can control it, but I don't think so. I know I can't control it." 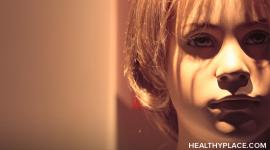 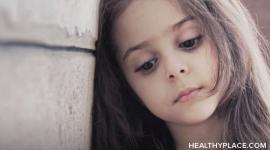 How Does Bipolar Disorder Present in Children and Adolescents?
Help at School: For Parents of Bipolar Children 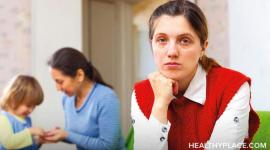 Help At Home: For Parents of Bipolar Children

Coaching The Child Who Struggles With Social Awkwardness