In the UK it is estimated that 1 in 100 children have OCD. It is estimated by The National Mental Health Association, (NMHA) in America, that one million children and teenagers in that country have OCD.

There is little doubt that OCD often runs in families, although it appears genes are only partly the cause. 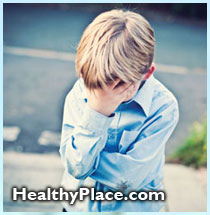 OCD can make a child's day-to-day life very difficult and stressful. The OCD symptoms often take up a great deal of the child's time and energy, making it difficult to complete tasks such as homework or household chores. In the morning, they often feel they must do their rituals exactly right, or the rest of the day will not go well. Meanwhile, they are probably feeling rushed to be on time for school. In the evenings, they may feel they have compulsive rituals to do before they can go to bed and at the same time they have to get their homework finished, as well as tidy their rooms!

All this stress and pressure means that children with OCD frequently don't feel well physically and are prone to stress-related ailments such as headaches or upset stomaches. Very often, they stay up into the night because of their OCD, and are then exhausted the next day.

Children will often say their obsessions feel like a lot of worries. They may worry about having a serious illness or worry that intruders might enter the house. They may worry about germs and toxic substances. Whatever fear it is, no matter how busy the child is or how much they try to think about other things, the worries just wont go away. Children may worry that they're "crazy" because they are aware that their thinking is different than that of their friends and family.

When the Obsessive-Compulsive Disorder is severe, the child may get teased or ridiculed and a child's self-esteem can be negatively affected because the OCD has led to embarrasment time-after-time. It can affect friendships because of the amount of time spent preoccupied with obsessions and compulsions, or because friends react negatively to unusual OCD-related behaviors.

Although we're not sure why, the obsessions will often change as the child gets older. For example, a child of six or seven may worry about germs but then at seventeen this might change to a fear of fires.

At around the age of eight, children will begin to notice that their behaviours are abnormal and will try to hide them. They become embarrassed talking about their rituals and may deny that they have OCD. Younger children are not as aware and make no attempt to hide their behaviour.

Casual observers of parents of OCD children will often say they are too lax with them and shouldn't give in to their behaviours. But whilst to these observers the children may just appear to be naughty, to the children themselves, and their parents, their behaviour is the only way they can express their obsessions.

Diagnosis of OCD in children can often be very difficult. The children have a harder time articulating their OCD symptoms and this makes both diagnosis and treatment much harder.

Children with OCD sometimes have episodes in which they are extremely angry with their parents. This is usually because they have been unwilling (or unable!) to comply with the child's OCD demands. It can be very difficult when a child obsessed with germs demands that they be allowed to shower for hours, or that their clothes be washed numerous times or in a certain way.

Medication doses are more difficult to initially regulate for children than for adults. Most children metabolize medications quite rapidly. So although they will probably be started on a very low dose, later it can be necessary to use higher, adult-sized doses.

There are several disorders that are thought to contribute to OCD. These are eating disorders, problems at birth that subtly change the brain's development, and Tourette's syndrome. Teenagers who show symptoms of other mental disorders, most often Depression and Substance Abuse, are at a higher risk of developing OCD by the age of eighteen than teenagers who don't.

Children with OCD appear more likely to have additional psychiatric disorders than those who do not have the disorder. Having two (or more) seperate psychiatric diagnoses at the same time is called Comorbidity or Dual Diagnosis. Below is a list of psychiatric conditions that frequently occur along with OCD.

For teenagers, trying to hide an illness like OCD or feeling guilty or embarrassed by it, is the last thing a teenager needs. This, at a time when their bodies are changing and they are trying to get used to the new roles and responsibilities they have to face as independant adults.

This can make an already difficult time worse and place enourmous stress on the family. It is important to note that placing blame on the teenager is the wrong approach. Both teens and their parents need to understand that the thoughts and behaviors associated with OCD are in fact NOBODY'S fault.

Each teenager has their own way of describing the frustration and feeling caused by their compulsions, but it is clear that they make them feel awful. For example, such terms as "having parasites inside you" and " feelings of being trapped in a box, where the only way to get out is by performing a ritual" have been used.

Anti-OCD medications control symptoms, but do not "cure" the disorder, and the positive effects of OCD medications only work for as long as they are taken. When a child or teenager stops taking the medication, the OCD symptoms usually return. There is NO known cure for OCD; symptoms are only controlled.

If you think you might have Obsessive Compulsive Disorder (OCD), you should seek help and visit your doctor.

The Obsessive-Compulsive Foundation provides literature about the disorder as well as a list of doctors and support groups in America.

The organisation, Obsessive Action, provides a simular service in the UK. 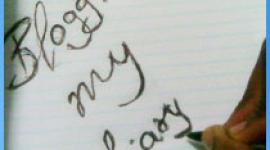