Obsessive-compulsive disorder is the fourth most commonly diagnosed mental disorder, making it so prevalent that aspects of the disorder have become characterized in society. "Obsessive-compulsive" has even entered colloquial English as a glib way to describe somebody overly fixated on something. Hollywood gives us shows like "Monk" with their quirky characters, but what is it like to have OCD while growing up as a teenager? How does that affect one's social life?

Today's guest is Casey Bazarewski. Casey has been dealing with OCD since she was six. Read about her life in her own words: 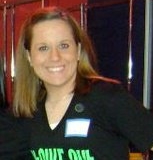 I had OCD symptoms for as long as I can remember, but I specifically remember it getting bad when I was in first grade, so I was 6. I was terrified of dying and I started checking locks and my window in my room. I never told anyone about it because I was embarrassed. I thought I was crazy and I didn’t want other people to think that too. Over the years I went through lots of different forms of OCD…for a while I was obsessed with the fear of being kidnapped so I would spend hours at night checking my window lock and inspecting every corner of my room to make sure there was nowhere that someone could break into. In middle school I became obsessed with the fear of contamination. I remember I used a whole bottle of soap every time I washed my hands and the sink would be full of suds afterwards…that drove my parents crazy. My hands were raw and they would bleed every day.

Finally in my junior year of high school it got to the worst it’s ever been. I couldn’t function anymore. Everything in my life had a ritual to go with it. I checked everything, I had to do things in multiples of four times. I would open and close doors, sit down, walk through doorways, and wash my hands over and over. I had to say little things to myself over and over to assure myself that I didn’t want my obsessions to come true. It was awful. It got so bad that I finally had to tell my mom what was going on and I started seeing a therapist in January 2009. The therapy alone helped a little bit, but in April it got even worse than it was and I was hospitalized for three days. That was when I finally got diagnosed with OCD and was put on medication. I tried I think 3 different medicines before I finally found one that works for me. I continued seeing my therapist and the combination of therapy and meds has been amazing. Now, my OCD is pretty manageable. It still affects me in little ways every day, but it doesn’t take up more than a couple minutes each day.

Now I’m a sophomore in college and I’m majoring in psychology and sociology. My dream is to be a child psychologist so that I can help other kids with OCD like my therapist has helped me. I still see my therapist when I’m home from school, and I go to the counseling center at my school to make sure I’m keeping up on the skills I learned from my therapist. I am very open about my OCD and I all of my friends and family members know about it. My sorority sisters have even sat with me while I’m stuck in a doorway doing my rituals so that I don’t have to be alone. As a result of me sharing my story, I have helped two people get help for their own problems. For me, that makes it all worth it. I also am raising money for OCD Chicago by selling rubber bracelets that say “Just Thoughts” on them. I just want to try to prevent people, especially kids, from suffering from OCD for as long as I did before getting help.

Join us today as Casey discusses her experience with OCD from grade school to college and how it affected relationships with her peers.

Have you grown up with OCD? We invite you to call us and share your thoughts and experience with us at 1-888-883-8045. (Info about Sharing Your Mental Health Experience here.) You can also leave comments below.

How to Put Mindfulness to Work for You: Empowering Yourself to Heal
Postpartum Depression: Worries Over Stopping Treatment