Life as a Transgender Autistic: Passing and Masking 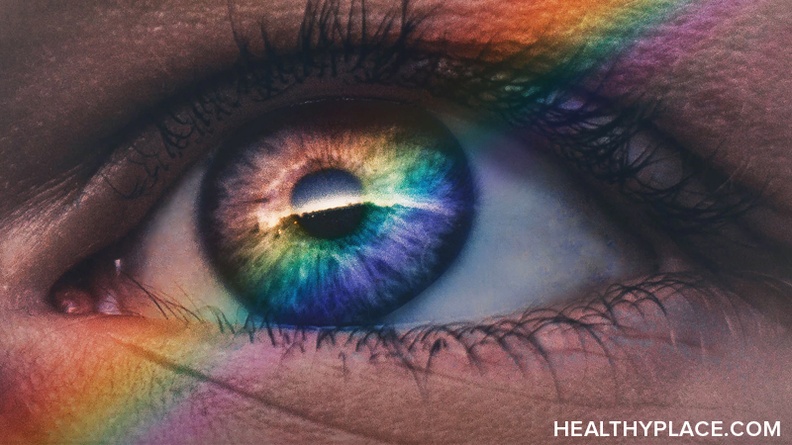 Life as an autistic transgender person was complicated almost from the beginning. As an undiagnosed autistic child, I hadn't considered that there was anything different about me until my sister started pointing it out. Growing up with an opinionated sister telling me what to wear, how to hold hands with boys, what sports to play, and how to act taught me how to camouflage my more autistic traits and keep my queerness  to myself. How could I be queer, transgender, or different when I was so busy trying to be well-liked?

Masking vs. Passing When You're Transgender and Autistic

"Masking" is a term known widely in the autistic community. Displaying mental differences openly can make other people uncomfortable. If I spin around in circles, or stand on my hands, or start screaming in public, people stare. Some autistics, either consciously or not, camouflage their more autistic traits in order to fit in or make connections with other people.

Many transgender autistics, especially those that were assigned female at birth, learn to fit their neurodiverse minds into societal norms. Masking might include learning how to use eye contact or make small talk by copying behaviors from others, even if it is the last thing an autistic person would want to do.1 My meltdowns were written off as tantrums, so after years of being yelled at, I learned to control myself in public.

"Passing" is something that people in the transgender (trans) community talk about often. "Passing" for a trans person means that people around you don't read you as trans. That could mean being gendered correctly while you're waiting in line, or not being harrassed when you use the right bathroom. In the trans-man community, this is also known as going "stealth." I know how elated I am when the guy handing my sandwich at the deli counter calls me "sir" or "buddy" rather than "miss."

As an Autistic-Transgender Person, I Value Freedom of Self-Expression

As an autistic person who is also trans-nonbinary, I don't fit in perfectly anywhere. My gender cannot be defined as only "male" or "female," and my neurodivergent brain doesn't like crowds or societal norms.

Personally, I don't really want to fit in anywhere. My teenage-self might be surprised to hear this, but there is no point in changing who you are to benefit other people. If you spend your time trying to be someone else to make friends, then everyone you meet won't be friends with you. They will be friends with the mask that you have created.

While "passing" as a cisgender (not trans) guy might make my life easier, I would never want to hide my trans identity. I am not just a man and I'm not just mentally disabled. I am proud to be trans and autistic because these identities make up who I am. Despite society pressuring me to fall in line, I refuse to mask or pass.

APA Reference
Queue, A. (2020, June 1). Life as a Transgender Autistic: Passing and Masking, HealthyPlace. Retrieved on 2023, February 5 from https://www.healthyplace.com/blogs/thelifelgbt/2020/6/life-as-a-transgender-autistic-passing-and-masking