ADHD: Playing by Your Own Rules and Still Losing

Is it possible that adults with an attention deficit disorder might have a difficult time following established protocols because they keep thinking of new ones or just leap ahead without thinking at all? That couldn't cause any problems in the workforce, could it? 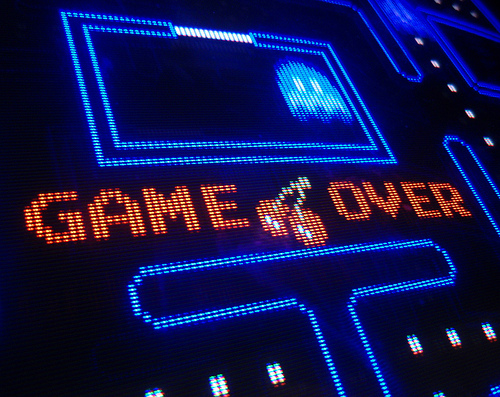 I used to write game reviews for Gamezilla.com ten years ago when a friend of mine was involved with running it. It seemed like a sweet gig: I get games. I play games. I write about them. That was when I seemed to do nothing BUT play games. Night and Day. Day and Night. Weekdays. Weeknights. I never slept. I never worked. Thankfully for my family, I did shower.

In frustration with my lack of success, I asked myself one day, "If you want to write books and illustrate for a living, when will you have time to do it if you're always gaming?"

So when I was offered a chance to get paid while playing games, it seemed like a great idea. I signed up and agreed to be paid $25 a review. And I told them I liked RPGs. You know, like Final Fantasy—a game series that usually takes 40 weeks at 40 hours a week to finish? I was getting $25 to do it. Oh, yeah. Reality hit me hard like a bus crossing lanes. I was just on the cusp of quitting when I was fired.

Adults with ADHD generally have trouble going through the established channels of authority. We're very independent minded and some of us have a difficult time following "proper" procedure. Heck, some of us don't even know that there is a proper procedure. There is boredom found in the routine ways of doing things, and a multi-colored burst of fireworks in the brain when we think of new approaches. We often don't think about chains of command. We often don't think about office politics. We just see fireworks with a new idea and charge ahead.

One day, I got a mass-forward from my editor that requested we submit essays on the gaming industry. They were expanding their coverage to compete with the big boys. I was playing a game called Sega's Phantasy Star Online on the Dreamcast at the time, and I found the in-game language censorship curious at best and thought it would make a great article. So I called Sega. Just like that.

I didn't know if I could get access to the people I needed for an interview, and didn't want to bother my editor unless I could, so I asked my questions and Sega put me in contact with somebody's mailbox where I left my message. Then the email came. Apparently, the Sega rep was confused because she already dealt with somebody at Gamezilla. She forwarded her sarcastic letter to my editor, who was the person she usually dealt with.

It was then that I realized something had gone horribly wrong.

Directly following the email from Sega was a letter from my editor. I was fired.

At the time, I was unaware that there was a power play going on at the home office. Since I was hired by the old guard, there was an assumption I was playing politics. I couldn't convince my editor otherwise, and he wouldn't reconsider. He assumed I was trying to usurp his contact at Sega. It was all a little paranoid for my tastes, so I was glad to put it behind me.

See what I mean about trouble following proper procedure? Yeah, I couldn't care less about proper procedure. In the past, it got me in trouble all the time. I saw rules as an obstacle that could be gamed. I wasn't necessarily wrong, but there are good ways to do it and bad ways to do it. I usually lacked the patience to find the good ways around. In this case, I probably could have sent a query to my editor just to be on the safe side. Lesson learned.

With experience, I am better at navigating these social waters today, but my ADHD always lies in the back of my mind like a set of fireworks that haven't gone off, waiting for the errant spark. The trick, I guess, is not to play with matches. But then, that's boring, isn't it?

APA Reference
Cootey, D. (2010, May 6). ADHD: Playing by Your Own Rules and Still Losing, HealthyPlace. Retrieved on 2023, February 7 from https://www.healthyplace.com/blogs/adultadhd/2010/05/adhd-playing-by-your-own-rules-and-still-losing

ADHD: The Hyper-Focused or Zoning Out Coin Flip
ADHD Adults: Ways to Talk to Yourself but Not Be Committed
D. Fields
May, 6 2010 at 7:27 am

Have you found though that IF we have a strictly enforced procedure for some things that is is easier to get those things done on time? I find that the distractions of living with ADD tend to conspire against me because (as my bosses like to say...) I continually "reinvent the wheel." They have a way in place that works... for them. (however inefficiently.) My way may be better... for me. (but it needs refining and time to "integrate.")
There are times I believe I truly NEED the structure of a strict protocol to reign me in. My current job is quite free-form, and I get little done in terms of productivity because of the distractions I either entertain or create.
I am my own worst distraction.

My Mum ran a tight ship and so she provided structure for me when I was younger. My wife isn't my Mum, so she doesn't rein me in as well. I definitely need strictly enforced procedure in order to be productive. But when the blind lead the blind, as in my case, I end up wandering the internet instead of being productive almost any given day of the week. Haha. Pitiful, but true.
I am forever trying to find "loose structure" for my life. I need structure, but I also need wiggle room for distractions. Some must be allowed our I'll explode…
Great commetns. Thanks for taking the time to leave them. Sorry I've been so behind that I took a month to get back to you. :/

I'm glad I'm not the only one. See, you guys get it, why can't others? Just because we are real and express ourselves doesn't mean we are crazy or less than them. Making fun of me, belittling me in front of a lot of people. Aaargh!!! I don't think there is a plain certain term for any of us special, beautiful people. We are a little bit of everything. I am a jack rather Jill of all trades. I get bored way too easy and have to constantly move or I fall asleep. Although when I'm in bed I can hardly sleep. If anyone has any good articles about parents with mental health issues raising children with mental health issues, please let me know. Thanks !!!:)