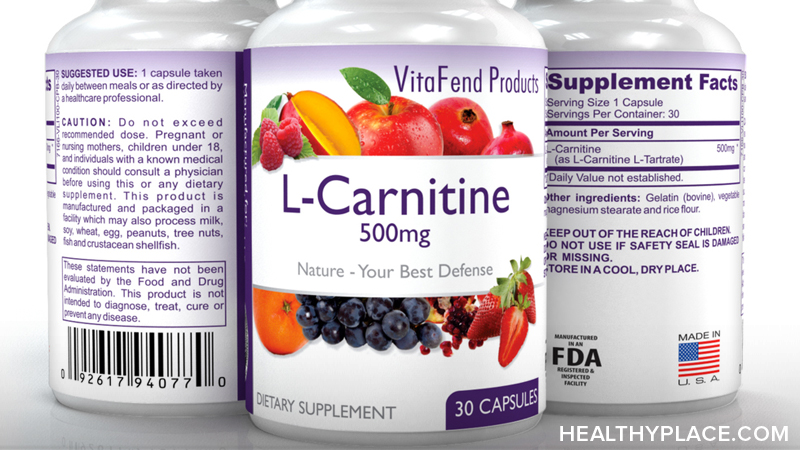 Carnitine is a nutrient responsible for the transport of long-chain fatty acids into the energy-producing centers of the cells (known as the mitochondria). In other words, carnitine helps the body convert fatty acids into energy, which is used primarily for muscular activities throughout the body. The body produces carnitine in the liver and kidneys and stores it in the skeletal muscles, heart, brain, and sperm.

Some people have dietary deficiencies of carnitine or cannot properly absorb this nutrient from foods that they eat. Carnitine deficiencies may be caused by genetic disorders, liver or kidney problems, high-fat diets, certain medications, and low dietary levels of the amino acids lysine and methionine (substances needed to make carnitine). Carnitine deficiencies may cause symptoms such as fatigue, chest pain, muscle pain, weakness, low blood pressure, and/or confusion. A healthcare provider may recommend use of the supplement levocarnitine (L-carnitine) for individuals who have a suspected or confirmed deficiency of this nutrient.

In addition to helping those with carnitine deficiencies, L-carnitine supplementation may benefit individuals with the following conditions:

Studies suggest that people who take L-carnitine supplements soon after suffering a heart attack may be less likely to suffer a subsequent heart attack, die of heart disease, experience chest pain and abnormal heart rhythms, or develop congestive heart failure. (Congestive heart failure is a condition that leads to a back up of blood into the lungs and legs because the heart loses its ability to pump blood efficiently).

In addition, people with coronary artery disease who use L-carnitine along with standard medications may be able to sustain physical activity for longer periods of time.

In addition to reducing one's chances of developing heart failure after a heart attack, some studies suggest that carnitine may help treat CHF once it has set in. These studies have shown that carnitine may improve exercise capacity in people with CHF.

In several studies, people who took L-carnitine supplements had a significant lowering of their total cholesterol and triglycerides, and an increase in their HDL ("good") cholesterol levels.

Decreased blood flow to the legs from atherosclerosis (plaque build up) often causes an aching or cramping pain in the legs while walking or exercising. This pain is called intermittent claudication and the diminished blood flow to the legs is called peripheral vascular disease (PVD). At least one well-designed study suggests that carnitine supplements may improve muscle function and exercise capacity in those with PVD. In other words, people with PVD may be able to walk farther and longer if they take carnitine, particularly proprinylcarnitine.

Carnitine, in theory, is thought to be helpful for improving exercise performance. However, studies in healthy athletes have not yet proven this theory.

Although L-carnitine has been marketed as a weight loss supplement, there is no scientific evidence to date to show that it improves weight loss. A recent study of moderately overweight women found that L-carnitine did not significantly alter body weight, body fat, or lean body mass. Based on the results of this one small study, claims that L-carnitine helps reduce weight are not supported at this time.

Several studies suggest that amino acid levels, including carnitine, are diminished in people with anorexia nervosa. Some experts believe that low levels of carnitine contribute to muscle weakness frequently seen in people with this eating disorder. However, one study of severely underweight women with anorexia found that carnitine supplements did not raise levels of this amino acid in the blood nor did it improve muscle weakness. If you have anorexia, your doctor will decide if you need amino acid replacement or not.

Some researchers speculate that alcohol consumption reduces the ability of carnitine to function properly in the body. This can lead to a buildup of fat in the liver. Supplementation with carnitine has been shown to prevent and reverse the damage caused by alcohol-induced fatty buildup in the liver of animals.

Carnitine for Dementia and Memory Impairment

Some studies have shown that L-acetylcarnitine (LAC), a form of L-carnitine that readily enters the brain, may delay the progression of Alzheimer's disease, relieve depression related to senility and other forms of dementia, and improve memory in the elderly. Unfortunately, however, results from other studies have been conflicting. For example, one trial suggests that this supplement may help prevent the progression of Alzheimer's disease in its early stages, but it may worsen symptoms in later stages of the disease. For this reason, carnitine for Alzheimer's and other forms of dementia should only be used under the direction and supervision of your physician.

In a study of individuals with Down syndrome, L-acetylcarnitine (LAC) supplementation significantly improved visual memory and attention.

Carnitine for Kidney Disease and Hemodialysis

Given that the kidney is a major site of carnitine production, damage to this organ can cause a significant carnitine deficiency. Many patients undergoing hemodialysis also experience carnitine deficiencies. For these reasons, individuals with kidney disease (with or without the need for hemodialysis) may benefit from carnitine supplementation, if recommended by a healthcare provider.

Some researchers speculate that chronic fatigue syndrome may be caused by deficiencies in a variety of nutrients, including carnitine. L-carnitine has been compared to a medication for fatigue in a study of 30 people with CFS. Those who took L-carnitine did much better than those who took the medication, particularly after receiving the supplement for 4 to 8 weeks.

Carnitine (administered intravenously in the hospital) may be helpful in treating shock from loss of blood, a sizeable heart attack, or a severe infection of the bloodstream known as sepsis. In one study, acetyl-L-carnitine helped improve the condition of 115 people with septic, cardiac, or traumatic shock.

Shock is a failure of the circulatory system and is a life-threatening medical emergency. Its key feature is inadequate blood flow to vital organs in the body. Therefore, if carnitine were used for this condition, it would, again, be administered in the hospital along with many other essential conventional therapies.

Some research suggests that L-carnitine may prove useful for preventing or diminishing the symptoms associated with an overactive thyroid. These symptoms include insomnia, nervousness, elevated heart rate, and tremors. In fact, in one study, a small group of people with hyperthyroidism had improvement in these symptoms, as well as normalization of their body temperature, when taking carnitine.

Carnitine is available as a supplement in a variety of forms, but only the form L-carnitine (alone or bound to either acetic or propionic acid) is recommended.

D-carnitine supplements should be avoided as they interfere with the natural form of L-carnitine and may produce undesirable side effects.

Under certain medical conditions, L-carnitine is administered as a prescription from a healthcare provider or given intravenously in a hospital setting (such as in the case of shock as described in the Uses section).

How to Take Carnitine

A typical daily diet contains anywhere from 5 to 100 mg of carnitine, depending upon whether the diet is primarily plant-based or red meat-based.

If laboratory tests reveal that a child has an amino acid imbalance requiring treatment, a healthcare provider may recommend a complete amino acid supplement containing carnitine. For children on valproate for epilepsy, which can lead to a deficiency of carnitine (see Interactions section), the doctor will likely prescribe a dose of 100 mg/kg of body weight per day, not to exceed 2,000 mg per day.

Recommended doses of L-carnitine supplements vary depending on the health condition being treated. The following list provides guidelines for some of the most common uses, based largely on doses used in studies for these conditions:

Because supplements may have side effects or interact with medications, they should be taken only under the supervision of a knowledgeable healthcare provider.

Although L-carnitine does not appear to cause significant side effects, high doses (5 or more grams per day) may cause diarrhea. Other rare side effects include increased appetite, body odor, and rash.

D-carnitine supplements should be avoided as they interfere with the natural form of L-carnitine and may produce undesirable side effects.

Individuals taking L-carnitine as a sports supplement to improve fat metabolism and muscular performance should stop using it at least for one week each month.

If you are currently being treated with any of the following medications, you should not use carnitine without first talking to your healthcare provider.

In a laboratory study, L-carnitine supplements protected muscle tissue against toxic side effects from treatment with AZT, a medication used to treat human immunodeficiency virus (HIV) and acquired immunodeficiency syndrome (AIDS). Additional studies are needed to confirm whether L-carnitine would also have this effect in people.

Treatment with L-carnitine may protect heart cells against the toxic side effects of doxorubicin, a medication used to treat cancer, without reducing the effectiveness of this chemotherapy agent.

Isotretinoin, a strong medication used for severe acne, can cause abnormalities in liver function, measured by a blood test, as well as elevations in cholesterol and muscle pain and weakness. These symptoms are similar to those seen with carnitine deficiency. Researchers in Greece showed that a large group of people who had side effects from isotretinoin got better when taking L-carnitine compared to those who took a placebo.

The anticonvulsant medication valproic acid may lower blood levels of carnitine and can cause carnitine deficiency. Taking L-carnitine supplements may prevent deficiency and may also reduce the side effects of valproic acid.

Brass EP, Hiatt WR. The role of carnitine and carnitine supplementation during exercise in man and in individuals with special needs. J Am Coll Nutr. 1998;17:207-215.

Fugh-Berman A. Herbs and dietary supplements in the prevention and treatment of cardiovascular disease. Prev Cardiology. 2000;3:24-32. 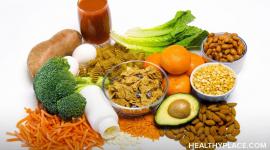 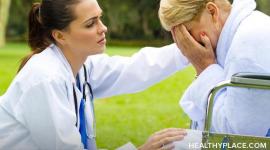 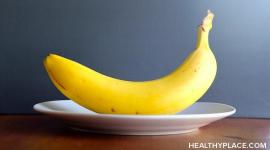 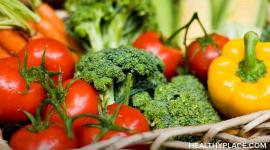