At the beginning of life, the dominance of the innate mental equipment is overwhelming and the hegemony of the subsystem of the basic emotions is nearly complete. The brain structures of the basic emotions are repeatedly activated by innate programs of their own. At that stage, the emotional repertory is quite simple and nearly every inconvenience of substantial impact causes the baby to cry.

Combined with the physiological processes of maturing, the accumulated experiences result in the building of new programs. A number of the new emotional programs built are only more flexible versions of innate ones. A number are those the fresh aspect of which is the result of the inclusion of options (and inhibitions) that are based on the maturing of the body and the cognitive ability.

Other supra-programs are based to a large extent on acquired knowledge and skills. They seems to be entirely new, and it is hard, at first, to find which of the more primitive programs were used as their "building materials".

Over the years the relative weight of accumulated experience in the building of programs, increases immensely. Consequently, most of the new programs of adults are based on stored information accumulated during the actual activation of ad hoc programs which were based on previously built supra-programs.

Though all programs are related to survival, and thus to emotion, not all of them are colored so much with emotional factors accessible to awareness of the individual or to those who observe him. Thus it is a common custom to distinguish between the two kinds and call "Emotional" only those which are obvious or which defy simple logic.

As a result of the maturation and the accumulation of supra-programs, the rigid automatic innate mode of operation for the activation of the brain structures of the basic emotions, is abolished. This causes changes to the way each of the various components of each of the basic emotions function. It also changes dramatically the relations and interactions between these components which become very flexible.

For instance, using a supra-program, the integration processes of basic emotions can be inputted and influenced by other than the innate perceptual patterns. They can be influenced by word, memory, thinking, perception of signs or symbols or other things, that are connected with the specific basic emotion by association.

The most striking example is the ability of colored pieces of paper, (treated as money) or memories and imagery about them, to influence the emotional climate of people. They can change the mood of a person, from the positive pole of the basic emotion happiness v. sorrow to the opposite pole and vice versa. (This power is especially potent when the colored-pieces of paper are inscribed with a number followed by many zeros, which with luck one may receive, or unfortunately, may have to give.)

During maturation and socialization, the reflex like manner in which the primary patterns of stimuli of a basic emotion influence the integration processes and activate their other components, progressively diminishes. The original activity of the basic emotion, internal, external and communicative, also loses its cohesiveness and semi-automatic mode. Even the ability of the processes occurring in the integration component of each basic emotion to create feelings of the subjective experience of that particular emotion is no longer automatic and unconditional.

The building, updating, upgrading, mending, and other changes entered into the activation programs of the emotional system are, in principle, more or less the same as the changes responsible for practical activities. Initially, they are based, like all other activities of the mind and brain system, on innate programs. However, it seems that in this domain, the basic building blocks come less from the senso-motoric repertoire and more from the small number of complex innate programs of the basic emotions.

For instance, most of the older generation still remember the feelings of disgust (and the tendency to vomit) engendered by cod-liver oil given to them in childhood to correct vitamin D deficiencies. This initially automatic activity of the basic emotion of Disgust v. Desire (or Attraction v. Repulsion) was aroused at first by the mere smell. However, after lots of pressure and bribes from mothers and other caring persons, this pattern gradually faded. After a while most of us ceased to spit out or vomit this "medicine" or even stopped feeling revulsion, and a few of us even got used to it.

During life, individuals acquire (learn) new sub-components and patterns that are integrated into the regular activities of each of the basic emotions by means of emotional supra-programs. These new components act as additions, variations or even substitutions to innate patterns and sub-components. The individual acquires supra-programs that culminate in the ability to activate deliberately the basic emotions - as a whole or certain parts of them - in ways that differ widely from the innate patterns.

Sometimes, the acquired changes are expressed whether unconsciously or involuntarily in an instinctive-like fashion, in such a way that it is hard to distinguish from the innate mode.

For example, people can intentionally activate their desire versus disgust basic emotion - the desire pole mainly - by memories of sexual activities or by imaginary ones. The initiation of these "unreal activities" can happen spontaneously during dreams. They can be activated intentionally or spontaneously or even reluctantly during daydreams, by the sight of a passerby, or an association.

The deviation of these patterns from the original ones (of the basic emotions involved) may or may not reach our awareness, and the resulting sensations and images appear with varying degrees of vividness. These may or may not be accompanied by voluntary or spontaneous activity of one kind or another.

Throughout his life, the individual acquires the ability to influence the components of the basic emotions responsible for initiating activities, which were originally under the strict control of the integration components. Usually he also acquires some proficiency in executing them.

This proficiency enables the average person to activate various processes: intra-organismic, behavioral and communicative, even without a previously achieved suitable integration. Not only professional actors can simulate emotions successfully, even young children can do it.

The subjective experiential component is also not immune from the interventions and variations induced by supra-programs. The social environment greatly influences the shaping of this component, mainly by means of modeling, education and socialization.

During, and as a result of these processes, the individual also acquires a proficiency which may be used to divert the emotional experience. This proficiency is constantly expressed, deliberately or automatically, and with various degrees of awareness of the processes that divert the subjective experience from the innate course.

For instance, people learn to halt laughter or crying, by contracting the face muscles involved in the expression of these emotions. For thousands of years, people have been listening to and performing certain melodies to change their whole emotional climate. All of us are aware that we can change our mood just by changing the contents of our thoughts.

People posses a whole range of natural measures capable of inducing change in the emotional climate. Prominent among the behavioral alternatives are those that are included in the innate repertoire or appear automatically when one is sufficiently mature. In addition, there is a huge number of measures acquired from being subject to cultural customs of upbringing, and from divergent individual solutions found to common developmental problems, which were encountered on the way to adulthood.

The four main branches of this group of measures are:

The essence of this book and the manual in chapter 5, form a technique for the management of the emotional system and climate, which is based on improving and enhancing this fourth natural behavior pattern. (It seems that this is the best method of enhancing the activity of the internal maintenance processes of the updating, mending, and building of supra-programs of daily use, and especially the more emotional ones.) 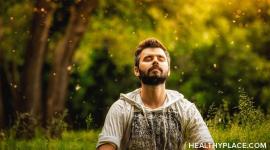 What 'Focusing' Is and What It Is Not
Do It for Yourself Now!
Selected Bibliography
The Trash-Programs

To Those Who Provide Support to Parents Who Are Abuse Survivors