(A story for any youngster feeling misunderstood)

Zak bounded into the lounge, his baseball cap all askew and his jumper on back to front. Bouncing into his favorite squashy chair, he looked at his mum with a quizzical expression. "Mum, why am I different?" His mum looked at his flushed little face lovingly. Zak had been dashing about again. His face was red and his hair was plastered clammily to his head.

"Today, Mrs. Keenoe, my teacher, said that I was hyperactive." Zak replied.

"Well you do have a lot of energy Zak, that is true, but that can sometimes be a good thing."

"She often gets cross with me when I get out of my seat, and she says I can't sit still." he went on.

"Oh Zak, I am sorry your teacher gets cross. She just doesn't understand you. An energetic and lively little boy like you needs lots of stimulation, and that is why you move around a lot in your classroom."

His mum took Zak upon her knee. She could feel his heart pounding heavily under his clothes. "Just think what an advantage it is to be always on the move like you are. Not many children can move quickly like you. What if you ever had to run away from trouble? You would be the fastest little runner around. No one would be able to catch you, would they?"

Zak hadn't thought about it like that. He was aware that he did move around more than the other kids, but he had always thought that this was a bad thing. Zak's mum then went on. "When you grow up, you may want to become an athlete or a sportsman. You will have to practice to become stronger and faster. Racing about will then come naturally to you won't it?" Zak smiled at his mum and realised that maybe his need to dash about would come in very useful one day.

Trying to be positive

The next day, Zak ran out of the school gates and scurried up to his mum, nearly knocking her off her feet. His shoe laces were undone and he had one sock up and one sock down. "Boy, am I glad to be out of there! I have been so bored at school today Mum," Zak exclaimed.

"Have you, darling?" she smiled. "I know it is difficult for you to stay on task sometimes. Because you are a lively and bright little boy you needs lots of stimulation to stay interested."

Zak told his mum how he found it very difficult to concentrate in his lessons, especially if the work was too easy for him. She put her arms round him and sighed. "You are a very clever boy," she assured him, "but sometimes it is hard for your teacher to know when you are bored. She has so many other children to look after as well as you. Just do your best and don't be too worried if you get a little bored sometimes."

Zak gave his mum his most beaming smile when she said they could visit the park on the way home. He felt happy that he would have a chance to run around and stretch his legs.

"Yippeeeeee!" he screeched as he ran into the distance, his mum trying hard to keep up with him.

Dealing with the school

Zak's mum was wearing her best outfit. She was sat in the school corridor, along with Zak, awaiting her turn for the parent interviews. Each term, school officials met with every parent to report on how their children were getting along with their work. "Mrs Wilson!," a voice echoed down the corridor. "That's us, love." Zak's mum said as they both got up and went into Flabby Bucktrout's office. (The headmistress wasn't really called "Flabby." Her real name was Ernestine, but Zak always called her by this cheeky nickname because she was a little bit...er, flabby.)

"Mrs Wilson, do you know that Zak is prone to daydreaming in class? He drifts away into his own little dreamland, and then he has little idea of what he is supposed to be doing, when he returns to the land of the living."

Zak's mum calmly responded: "You are right. Zak does tend to daydream sometimes, but he is a very thoughtful boy. He has a lot of information in his head, and sometimes gets absorbed in his own thoughts."

Mrs. Bucktrout looked startled. She wasn't expecting a reply like this. Flabby Bucktrout thought that Zak was a handful of trouble. In school, he was always overactive and often found it difficult to concentrate in class. "But Zak has other problems too," Flabby continued, "he usually strays from what the rest of the class is doing, preferring to go his own way."

"Ah yes, Mrs. Bucktrout," Zak's mum said pointedly, " but you are forgetting that Zak is a very independent and individual child. He is also inquisitive and shows interest in lots of different things. Qualities like this should be encouraged."

When they left the office Zak's mum turned to him, and said kindly "You are one of a kind Zak, and don't you ever forget it. Your qualities make you stand out from the rest. You are a very special person."

"But I sometimes feel like a geek Mum." he said sadly, " I know that I don't think in the same way as my friends and everyone says that I always have to be different."

"Who wants to be the same as all the others anyway?" she asked. "The world needs inventors and leaders, not just workers you know."

Zak thought about this for awhile and soon he felt much better. He thought to himself that maybe he wasn't such a geek after all.

Why can't I do that?

"Mum, Mum! Andy's mother says I don't know how to play properly. She says I'm too bossy." Zak called as he crashed in through the door and threw himself face down onto the couch, sobbing his heart out.

She wondered why others couldn't be more understanding about Zak's special difficulties. It's hard enough for children like him, she thought, without people adding to his problems by saying unkind things. She put her arms around the little boy and cuddled him close to her body. He felt safe and loved. "You do come across as being a bit boisterous you know Zak," she explained, "and sometimes other children are even frightened of you. If you could just put the brakes on a little, things would be easier, but it is part of your character not to be able to do that."

Zak looked into her eyes questioningly, "but why aren't I able to do that?" he said.

"Because your brain is special and works differently than most other children's brains," she explained, "and this is what makes you different. When you grow up though, you will be able to put this difference to good use."

"How will I be able to do that Mum?" he asked curiously.

"Well," she replied, "you may want to be a high flying businessman, with offices all over the world. But in order to keep ahead in business you will need to be determined, and yes, even bossy sometimes. This is where your character will come into it's own."

"Oh yeah." Zak laughed, "I could end up just like that Richard Brainstorm couldn't I?" he continued. "I think I will stay in awhile and watch television." His mum always made him feel cheerful when he was feeling sad or insecure.

"I don't like sport anyway," Zak complained. "You know I prefer working on my computer."

"Computers are for nerds," William sneered. "I'm going to call for Benson. At least he can catch a ball." He sloped off, leaving Zak standing forlornly on his own.

Zak found his mum in the kitchen up to her elbows in butter and flour.

"Mum," interrupted Zak, "why am I out of step with the other children? I often feel like I don't understand their world."

His mum looked at him with a concerned look in her eye. "You are right Zak," she said, "you are different from the run-of-the-mill, but children like you have amazing talents and are usually very creative. Just think how boring the world would be if there were no artists, explorers or entertainers."

"Sometimes I would like to be like all the others though," said Zak sorrowfully. His mum smiled her special smile and bent down so that her face was at the same height as Zak's.

"Now listen to me young man," she said sternly, "you must be proud of who you are. You are an individual, a one-off. There is no one else like you in all the world. I know it feels hard sometimes, but when you grow up you will do great things, maybe invent a new type of computer, or become Prime Minister or President. Leaders and creative people, like you, make poor workers because of the way they are made."

"Are there any others like me?" Zak then asked.

"Of course, my love," his mum replied, "there are many children in the world who feel out of place and separated from the world around them, but many grow up to be famous scientists, actors, inventors or leaders."

"Thanks Mum," said Zak, as he dashed upstairs to play on his computer.

There are millions of children in this world, all of whom have good points and bad points. Some have special difficulties which makes it hard for them, and may make them feel that they are different from the crowd. But sometimes it is not always best to be ordinary. Life is not as exciting for ordinary people as those who were born to explore, and to take life by the scruff of the neck and shake it! We must all be proud of who we are, and try to make the best out of the qualities that God has given us.

next: The Relationship Between Depression and ADHD
~ back to Wild Child homepage
~ adhd library articles
~ all add/adhd articles

APA Reference
Staff, H. (2007, June 6). Why Am I Different?, HealthyPlace. Retrieved on 2020, December 2 from https://www.healthyplace.com/adhd/articles/why-am-i-different

What are Parent Training and Information Centers? 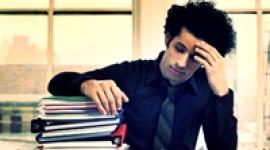 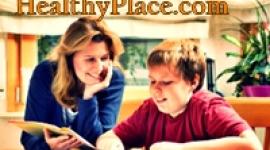 Helping Your Child At Home With The Neurological Impress Method of Reading
Study: Risk Genes for ADHD

When the Partnership Breaks Down