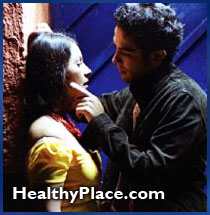 I was appalled by this lack of empathy and tabloid-like obsession with a tragedy for several reasons. Initially, it struck me that the alleged victim must be horrified by the rumors spreading, like the warehouse fire of last week, across campus. In a time during which she should be supported by her college community, she is instead treated as if she was involved in a scandal. Rape is a crime - it is not "who dumped who," or other such still hurtful, but relatively harmless gossip. The survivors of rape face years of emotional and psychological difficulties resulting from this crime. And in many cases, the way the victim is treated by her community after the rape makes a huge difference in her healing. As a community, we should be ashamed of the way we are treating this alleged victim.

Rape, for the victim, is a horrible loss of control. In the aftermath of rape, control becomes paramount for the victim. This includes controlling how and when and who she tells about the rape. If she decides to press charges, her story will be widespread and many will hear about it, but because she has made the choice to tell people, the experience can be a healing one. If she decides to not press charges, as many victims do (approximately 30% of sexual assaults are reported to law enforcement officials) because they fear exactly what is happening now, she should be allowed to tell her story when she is ready.

On our campus, we have many options of survivors of sexual assault, such as Safe Space, which has a beeper number (1-800-283-2255) victims can call if they need to talk to someone. But a victim of sexual assault who has been so poorly treated as the alleged victim in this case is less likely to try to seek help - in most cases she will bury the incident. As a community, we should encourage victims to speak out about their experience, as silence binds many survivors, but we should not speak out for them, especially when we don't have the first clue about what we're talking about.

Now we should look at it from a different perspective: suppose the rumor has no truth to it, which is a distinct possibility. Not only are we putting a woman in the very distressing (as one in four women on our campus know) position of a rape victim, but we are marring the reputation of one (or was it two? Somebody said it was two, or maybe three) men.

Rape does happen at Union. It happens almost every weekend, yet only two were reported last year. It is important for the campus to have an open dialogue about sexual assault in an attempt to prevent it from happening. But rumors are the wrong way to talk about rape.

If you are a survivor of sexual assault, please do not let the insensitive behavior of our campus deter you from speaking out. If you need to talk to someone, call the safe space beeper or RAINN (the Rape Abuse and Incest National Network) at 1-800-656-HOPE. 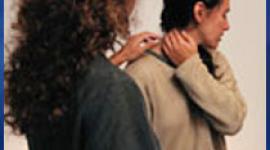 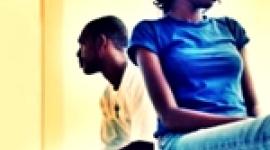