I am 35 years old and started self-injuring when I was about 13.

I'm not sure why I began to self-injure, but I was depressed a lot and just sort of felt the need to punish myself for it. I was not good at expressing emotional pain and for some reason turned it on myself.

I self-injured on and off as a teenager, and then picked it up again in my mid-twenties. There have been years when I didn't do it at all and then I would get into it fairly regularly. If there were a major disappointment in myself or someone else, I would self-harm to cope with it.

Right now, it has been a bit over six months since I did it--this is the longest period of sobriety from self-injury that I have had for about three years. In the past when I stopped, it was not usually a decision to never self-injure again, it just sort of stopped, though once or twice I may have realized that it was something I shouldn't do any more.

I started going to therapy for self-injury about a year-and-a-half ago because the self-injurious behaviors were getting worse. I was able to go for a month or two at times without SI, but would keep going back to it. I also stopped drinking early in therapy, which allowed me to more clearly see what my other issues were, but it still took me a long time to stop the self-injury.

Therapy helped, though I know that it was a decision I had to make for myself to stop the self-harm. I still can never say that I am done with it altogether, but I can say that I am not going to do it right now. It was an attitude adjustment and a complete life change that has helped. But I do sometimes have the urge to do it, to have that kind of relief, release, that self-injury can provide. But I now look at the consequences, the guilt, the ugly scars I will have.

For most of my life I have kept my self-injury a secret, but I began to talk about it more in the last few years as it got worse--I even did it in front of friends a few times. That was a big reason I decided I needed to get help. I knew I suffered from depression, and I knew I felt relieved when I cut myself, but I couldn't get better on my own.

Seeing a therapist was the last thing I ever thought I would do. I felt weak. But a few friends of mine had started therapy and/or entered rehab for various reasons around that time, so that sort of inspired me to surrender and get the help I needed. It was scary and difficult and I didn't know if I could do it.

I am grateful for my therapist. I am grateful that I have made the tough choices I have had to make, as painful as they have been. But I have, for the first time in my life, really made some important changes in my life that are leading me down a better path.

Ed. Note: Dana will be our guest on the HealthyPlace TV Show, airing live on our website this Tuesday, March 10 at 5:30p PT, 7:30 CT, 8:30 ET. You'll also have a chance to ask Dana your personal questions and share your own experiences.

APA Reference
Staff, H. (2009, March 9). Self-injury: Why I Started and Why It's So Difficult to Stop, HealthyPlace. Retrieved on 2022, May 25 from https://www.healthyplace.com/about-hptv/guests/self-injury-why-i-started-and-why-its-so-difficult-to-stop 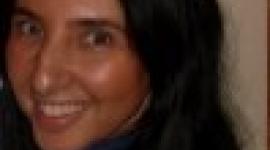