Can you really be addicted to sex? There's a question about whether sexual addiction is truly an addiction.

What is Sexual Addiction?

"Sexual addiction" is a term that is used to describe disordered behavior in which someone has an unusually intense sex drive or seems to be obsessed with sexual functioning. It involves habitual, repetitive, and compulsively driven sexual behavior that causes either in impairment in day-to-day function or distress -- either directly -- or indirectly in terms of affecting relationships and job functioning. All addictive behaviors involve such things as: chronic compulsive repetitive behaviors, continued repetition of the behavior despite negative consequences, as well as covering up and denial of the behaviors.

As many of you know, DSM-V, the next version of the Diagnostic and Statistical Manual of the American Psychiatric Association is in development at the present time. It is due for release as early as 2012. In preparation of DSM-V, there is a lot of ongoing discussion as to whether certain compulsive ritualistic behaviors such as sex, gambling, Internet usage, shopping, and others are the same as addiction that is due to alcohol or drugs. Although this controversy is ongoing, few would deny the fact that compulsive sexual behavior can greatly impair one's day-to-day functioning, and even destroy one's life.

People who suffer from what is now known as "sexual addiction" may engage in sex with multiple partners, may consistently and compulsively use pornography (pornography addiction test), may have multiple extramarital affairs, can involve themselves in prostitution, exhibitionism, watching others have sex, or engaging in compulsive self-stimulation. It is the chronic, compulsive, habitual performance of these behaviors, along with continued behavior despite actual or possible negative consequences of that behavior that characterize sexual addiction. Most people who suffer from the habitual behaviors also have a great deal of anxiety, guilt and shame associated with them. (take Sexual Addiction Self-Test)

On Tuesday's (July 21, 2009) HealthyPlace TV show on sexual addiction, we will talk to someone who suffered from the disorder and will look into the symptoms, causes, and treatment of sexual addiction. You can watch it live (7:30p CT, 8:30 ET) and on-demand on our website.

next: Parents Surviving the Suicide of Their Child
~ other mental health articles by Dr. Croft 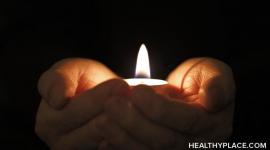 Living with OCD: A Life of Obsessions and Compulsions