(Reprinted from The Brookline TAB, May 13, 1999 and excerpted in Massachusetts Psychologist, June, 1999)

Finally, two angry young adults in Littleton, Colorado who had been screaming bloody murder for months were heard. This time they were so loud they even drowned out the sound of the bombs falling in Serbia and Kosovo. Up until now, parents, school system, and police all had been stone deaf.

No one can say for sure why Eric Harris and Dylan Klebold came to school April 20 and committed the deadliest school shooting rampage in our nation's history. It is likely that there are many factors, all of which have to line up in the right way.

But one factor was, most certainly, deafness.

Two of the tools that psychologists use when evaluating their subjects are inference and backwards extrapolation. If we observe a particular interaction between two people in the present, we assume that similar interactions have occurred in the past, probably repeatedly. This is because peoples' personalities don't tend to change much over time (barring therapy, of course).

If a couple comes into my office and one party is slighted by something the other party said, the odds are extraordinarily high that similar incidents have occurred over and over again in the past.

Consider, then, that Eric Harris' parents were deaf to the rage and hatred that the young man was making obvious to the world at large on his Web site, getting into a scrape with the law, throwing a block of ice at a windshield, making a death threat against another boy, etc. It is most likely that these parents rarely if ever "heard" their son.

Hearing requires granting a child a voice equal to yours from the day they are born. This is difficult for parents who are still trying to make their own voice heard due to injuries from their past. But what children have to say about the world is just as important as what you have to say. And if you listen closely to them, you will learn as much as they will from you. I would be willing to bet that this did not happen in the Harris and Klebold families. If it had, the young men would not have reacted violently to the slights they felt from their peers.

Why were these four parents unable to hear? In order to answer this each would have to look at their own histories with a therapist. Indeed, part of the therapy process involves the exploration of voice. Ours: was it heard, by whom, if not why not? And our children's: are we hearing them, if not why not, how can we hear them more accurately. Children are incredibly perceptive: they know when they are truly being heard and when they are not. And they know when parents are merely trying to look good to the outside world. If they are chronically unheard, they begin to build walls around themselves, act out, or do whatever it takes to protect themselves from the pain and anxiety of being "voiceless."

Of course, it is too late now---for Harris, Klebold, and the innocent people who were executed on April 20th. But the bloody incident should serve as a reminder, a kind of wake up call--that we must not fool ourselves into believing we are doing a good job as parents when we are not, that we are listening when we are not.

In the end, Eric Harris and Dylan Klebold had the last word. They spoke so loudly that for a few days the whole world paused and listened. It needn't have come to this.

About the author: Dr. Grossman is a clinical psychologist and author of the Voicelessness and Emotional Survival web site.

next: What is a Wookah? 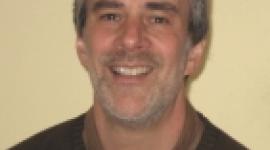 When Your Partner Wants to Share Opinions With You

A Simple Way to Change How You Feel

Sharing Opinions Together Is Your Greatest Strength

When The Other Person Wants To Have Sex With You

From Hope to Change