I keep using the male third person singular because most narcissists (75%) are males and more so because there is no difference between the male and female narcissists except in two things.

In the manifestation of their narcissism, female and male narcissists, inevitably, do tend to differ. They emphasise different things. They transform different elements of their personality and of their life into the cornerstones of their disorder. Women concentrate on their body (as they do in eating disorders: Anorexia Nervosa and Bulimia Nervosa). They flaunt and exploit their physical charms, their sexuality, their socially and culturally determined "femininity". They secure their Narcissistic Supply through their more traditional gender role: the home, children, suitable careers, their husbands ("the wife of..."), their feminine traits, their role in society, etc. It is no wonder than narcissists - both men and women - are chauvinistic and conservative. They depend to such an extent on the opinions of people around them - that, with time, they are transformed into ultra-sensitive seismographs of public opinion, barometers of prevailing winds and guardians of conformity. Narcissists cannot afford to seriously alienate those who reflect to them their False Self. The very proper and on-going functioning of their Ego depends on the goodwill and the collaboration of their human environment.

True, besieged and consumed by pernicious guilt feelings - many a narcissist finally seek to be punished. The self-destructive narcissist then plays the role of the "bad guy" (or "bad girl"). But even then it is within the traditional socially allocated roles. To ensure social opprobrium (read: attention), the narcissist exaggerates these roles to a caricature. A woman is likely to self-label herself a "whore" and a male narcissist to self-style himself a "vicious, unrepentant criminal". Yet, these again are traditional social roles. Men are likely to emphasise intellect, power, aggression, money, or social status. Women are likely to emphasise body, looks, charm, sexuality, feminine "traits", homemaking, children and childrearing - even as they seek their masochistic punishment.

Yet, the prime rule of narcissism must never be forgotten: the narcissist uses everything around him or her to obtain his (or her) Narcissistic Supply. Children happen to be more available to the female narcissist due to the still prevailing prejudiced structure of our society and to the fact that women are the ones to give birth. It is easier for a woman to think of her children as her extensions because they once indeed were her physical extensions and because her on-going interaction with them is both more intensive and more extensive. This means that the male narcissist is more likely to regard his children as a nuisance than as a source of rewarding Narcissist Supply - especially as they grow and become autonomous. Devoid of the diversity of alternatives available to men - the narcissistic woman fights to maintain her most reliable Source of Supply: her children. Through insidious indoctrination, guilt formation, emotional sanctions, deprivation and other psychological mechanisms, she tries to induce in them a dependence, which cannot be easily unravelled.

An interesting side issue relates to transsexuals.

Philosophically, there is little difference between a narcissist who seeks to avoid his True Self (and positively to become his False Self) - and a transsexual who seeks to not be his true gender. But this similarity, though superficially appealing, is questionable.

People sometimes seek sex reassignment because of advantages and opportunities which, they believe, are enjoyed by the other sex. This rather unrealistic (fantastic) view of the other is faintly narcissistic. It includes elements of idealised over-valuation, of self-preoccupation, and of objectification of one's self (THAT which have all the advantages is what we want to become). It demonstrates a deficient ability to empathise and some grandiose sense of entitlement ("I deserve to have the best opportunities/advantages") and omnipotence ("I can be whatever I want to be - despite nature/God").

It is interesting to note that both narcissism and gender dysphoria are early childhood phenomena. This could be explained by problematic Primary Objects, dysfunctional families, or a common genetic or biochemical problem. It is too early to say which. As yet, there isn't even an agreed typology of gender identity disorders - let alone an in-depth comprehension of their sources.

There are mental disorders, which afflict a specific sex more often. This has to do with hormonal or other physiological dispositions, with social and cultural conditioning through the socialisation process, and with role assignment through the gender differentiation process. None of these seem to be strongly correlated to the formation of malignant narcissism. The Narcissistic Personality Disorder (as opposed, for instance, to the Borderline or the Histrionic Personality Disorders, which afflict women more than men) seems to conform to social mores and to the prevailing ethos of capitalism. Social thinkers like Lasch speculated that modern American culture - a narcissistic, self-centred one - increases the rate of incidence of the Narcissistic Personality Disorder. To this Kernberg answered, rightly:

"The most I would be willing to say is that society can make serious psychological abnormalities, which already exist in some percentage of the population, seem to be at least superficially appropriate." 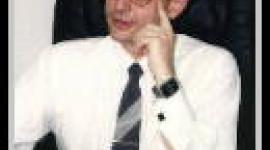 About Sam Vaknin, Author of Narcissism Book
The Cyber Narcissist
The Toxins of Abuse: How to Spot an Abuser on Your First Date
Book Introduction

On the Incest Taboo: The Offspring of Aeolus

Chapter 6, The Soul of a Narcissist, The State of the Art

Coping with Stalking and Stalkers - Getting Help