I was born in West Jerusalem in 1937, when Palestine was under British mandate. In my teen years, I was in a psychologically oriented youth movement and later in the commune movement of this orientation till the age of 32.

From then to the present, I've been active in leftist politics.

At the age of 35, three years after I moved with my mate and two sons to Tel Aviv, I completed the high school examinations and started B.A. studies in psychology.

In 1977, I completed my M.A. studies in a special program of clinical research and started as a registered psychologist requiring 4 years of work in psychiatric clinics and hospitals. I also participated in research and was published in the scientific journals.

1982 came and I started my Ph.D. studies, did research about the system of basic emotions and developed, in parallel, the new technique of General Sensate Focusing.

(At the time, I was also working as a school psychologist, and become a member of the section of educational psychologists of the Israeli Psychological Association.)

The General Sensate Focusing Technique is an integration of scientific findings in the cognitive and emotional domains with personal experience derived from applying various techniques of psychotherapy.

In a way, the initiative to develop it came from the failure to help (in the early Eighties) a friend of mine, using the psychotherapies of mainstream psychology.

During the last 16 years, I have trained hundreds of people in the use of the new technique, and we have discovered, on the way, many shortcuts and sophisticated tactics.

About 2000 hard copies of my self-help book (in Hebrew) were distributed during the last ten years. Over the last four years, about 50,000 people have visited my websites. Many of the readers started to use the technique on their own. Some of them contacted me, providing valuable feedback. Others, from all over the world, were trained by me via e-mail.

All my services are given for free, except face-to-face supervision or training in the use of the technique.

I hope the Self-Help Guide helps you.

APA Reference
Staff, H. (2009, January 6). About Me and Why I Wrote The Guide for Self-Help, HealthyPlace. Retrieved on 2023, February 7 from https://www.healthyplace.com/alternative-mental-health/sensate-focusing/about-me-and-why-i-wrote-the-guide-for-self-help 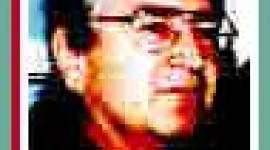