An essay on the new millennium, our hopes and dreams, disillusionment and creating your own life story.

"It is important to look at the stories we're telling -- the old stories that still shape our personal and collective lives and the new stories that we might use to educate our hearts." Donald Williams

The two questions I hear the most regarding this upcoming New Years Eve are, "What are your plans?" and, "What do you think will happen when Y2K hits?" My answer to both questions to date has been, "I don't know. What I do know is that I won't be taking advantage of most of the endless options available for bringing in the next century. I won't be catching a plane to a south pacific island to watch the first millennial dawn, joining the crowds in New York City to "party like it's 1999," or celebrating with Oasis, Johnny Depp, Kate Moss, and Sean Penn at the Melleninum party in Bali.

In fact, I've decided just now as I type, that I want to spend a relatively quiet time with friends and family this New Millennium Eve. And I won't need to feel left out, because I'm not alone. According to a Yankelovich poll sponsored by Time magazine and CNN, 72% of Americans are also passing on the once in a life time opportunities that come with once in a life time price tags.


Are we forgoing the major celebrations because we're taking this momentous event in stride? I don't think so. Speaking only for myself, it's not that I don't feel the need to celebrate, I do. In fact, these days I'm feeling enormously grateful, and that's why I not only plan to be quietly gathering my blessings around me on New Years eve, I'll also be counting each and every one of them.

I grew up under the dark and ominous cloud of a religion that warned that the world would come to an end by the year 1975. Before 1975, when I was asked what I was going to be when I grew up, I politely answered that I didn't know. But I did. I knew that I wasn't going to grow up, that there would be no adulthood for me. I was going to suffer a terrible and agonizing death in Armageddon.

Twenty-five years later, I'm hearing the newest apocalyptic warnings, only there are two primary differences between then and now. First, this latest end of the world saga is based less on ancient prophecy and more on a modern day malady, a computer glitch. Second, I'm not a little girl anymore, and this time I'm not listening. I don't mean that I won't take some precautions, I'll have flashlights, extra batteries, some bottled water, etc. stored away, but I refuse to acquiesce to anyone's tales of doom and gloom. It's not that I'm unaware of the numerous perils that confront our planet as the dawning of the new age approaches, nor do I plan to ignore them in the hopes that they will go away. It's just that from my perspective, as important as it is to address past mistakes and present perils, it's absolutely essential that we also embrace the promise of tomorrow.

When viewing the world from the perspective of an American born and raised in a century that has been identified by more than one historian as the bloodiest in human history, optimism might very well seem like an act of blind faith. And yet, as it draws to a close, I look toward the future with a sense of hope. And according to yet another poll conducted by the Pew Research Center for the People and the Press released on October 24th and reported in the Christian Science Monitor, once again I'm not alone. 70 percent of Americans at this particular point in history are also feeling a sense of promise and hope. Is our hopefulness a delusion? Are the statistics skewed because the pessimists among us aren't talking? I seriously doubt it.

While we Americans enjoy more than our fair share of the earth's resources, we also engage, I suspect, in more than our fair share of complaining. And this tendency of ours might have its own redeeming quality. In fact, Harry C. Bauer once wrote, "what's right with America is a willingness to discuss what's wrong with America." Yes, we Americans are more than willing to examine what's wrong with our country and the world at large, after all, we can only transform what we're willing to confront. We acknowledge the social inequities, the injustices, the wars, and the environmental degradation that exist in our world and to which we are significant contributors. Yes, we acknowledge them, and yet, we're not quite ready to truly face them. How and when will we be ready? I don't know. But I do know that effectively dealing with these issues will require that we talk a little less and do a whole lot more. Each of us knows at some level that effective interventions will require profound change, and a significant degree of sacrifice.

Complaining has seemed to have worked reasonably well for the doomsayers, who for the most part don't have to worry too much about personal change and long term sacrifice. Why should they? It's all going to hell anyway. And the ostriches among us who (metaphorically speaking) hide their heads in the sand, escape a significant portion of the angst and anxiety of living on a planet in peril because while they're forced to look from time to time, they don't really see.

Most hard core optimists also have their own emotional escape route when their bright horizons begins to dim, comforting themselves by concluding that someone else will fix the most daunting problems when things get bad enough.

And then there are the rest of us. Where do we fit in? How do we help to create the future that so many of us are hoping for when we're not ready to collectively make significant changes? Once again, the answers evade me. What I do know is that I agree with Harold Goddard who concluded, "the destiny of the world is determined less by the battles that are lost and won than by the stories it loves and believes in."

On January first, 2,000, we'll be closing one book and opening another together. Will there be major computer system failures, power outages, and mass confusion? I have no answer. But I do believe that we'll still be here come the dawn; perils, promises and all. And it will be up to us to determine the kind of story the 21st century will ultimately tell. I suggest that we begin by examining our own personal stories, and narrowing our focus to look closely at what it is that we most love, value, and want to preserve.

Through out the years, I've suffered the pain of disillusionment more than once. I'll never again find solace in that tired old clichÃ©, "everything works out for the best." And it's been a lifetime it seems since I believed for a moment (if I ever believed) in happily ever after. Still, I've lived long enough to have finally discovered that there are still stories that endure, and that the most enduring stories of all are ultimately love stories. I've watched strong folks willingly walk away from that which they dearly wanted or desired because of fear, failure, rejection, or inconvenience; but I've never seen a man or woman yet willingly abandon that which he or she truly loved. On behalf of that which we love, we each seem to have an amazing ability to persevere, to hold fast and to hold on regardless of the cost.

It's been twenty five years since the year that was to be my last. At the start of the new Millennium, I'll be celebrating my silver anniversary of survival. Will I be alive twenty-five years from now, still creating my own story? I have no idea. But I do know that during this next century, while I'm here, I'll be busy working on a story based on love, because from where I stand, therein lies our greatest strength and our greatest hope. And it is love more than anything else that I'll be celebrating on December 31, 1999."

next: Life Letters: On Letting Go

No Body Is Perfect: Body Image and Shame
Working With The Body As A Pathway To The Mind
Motivation to Practice Mindfulness 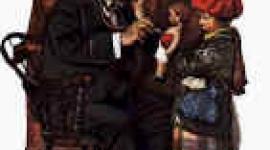