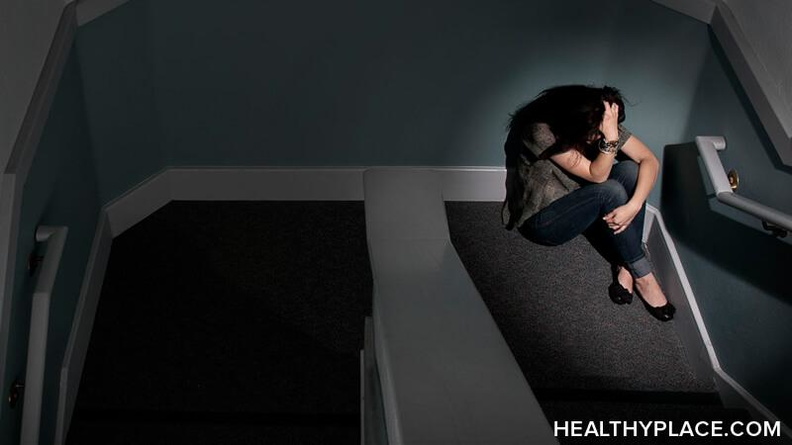 This morning I stepped out of bed and into the view of a mirror. I thought, "Oh my God, I'm so fat" and then threw on some clothes thinking, "Hide it. Hide." Catching a glimpse of myself in the mirror a second time stopped my self-abuse. My face struck me as sad, fearful, and ashamed. It shocked me. I don't normally think of myself as sad, fearful or ashamed, and yet there it was, evident as the written word all over my frowning face.

Wow. First thing in the morning and my brain is writing horror stories. I wonder why I still feel trapped in judgment and negativity. I left my abuser almost two years ago. Will this cycle of hating/liking myself ever end?

According to neuroscience, the answer to that question is entirely within my control. Hallelujah! Yes, the abusive cycle recurring in my own mind will end.

Stop Abusing Yourself Using Your Brain

Neurons in the brain do not have to die, nor do we cease the ability to grow new neurons with age. This is important because the neurons in our brains create information hubs of a sort. Thoughts (encoded as electrical impulses) travel from neuron to neuron depending on our memories (where they're located) and how we've thought in the past (what paths are currently available). The great thing about growing new neurons is that, if we practice, we can reroute our old thinking pathways into entirely new ways of thinking.

In short, by forcing myself to think in new ways, my brain will form new thinking paths and use them instead of the old, negative and self-abusive ones I'm using today.

If you think I'm wrong, consider the person who had a stroke three years ago, losing all control over his right arm. He considered amputating his arm because it only got in his way. Then he heard that it may be possible to re-learn how to use that arm and decided to participate in the therapy offered. A year later, he can use his right arm completely.

According to PBS's show "The Secret Life of the Brain", that man created new neural pathways to allow his recovery. He sweated and concentrated on using his arm, and, over time, his brain responded by growing new neurons and creating new pathways for thought.

How I'll Stop Abusing Myself 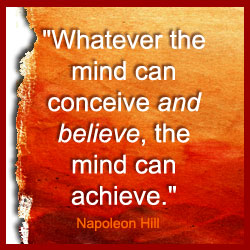 Second, I'll picture new pathways forming in my brain where there were none before. I'll imagine them growing and connecting to positive memories and experiences. I'll practice thinking good things about myself while picturing these pathways as they form. I'll do this for 10 minutes every day, five in the morning and five minutes at night.

I tried picturing these new pathways for one minute just now, and it was really tough. I swear I began to feel sweaty. But a stroke victim in the PBS video sweated as he flipped dominoes because he was thinking so hard, so I'll take the perspiration as a sign that I'm on the right track.

Third, I will post sticky notes around my house. This is an old trick that maybe you've tried with affirmations in the past. (I did, then ended up letting the notes fall to the floor because I was so tired of sensing they did not work for me!) But these new sticky notes will be simple pictures that look similar to this: 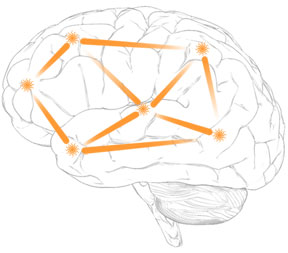 When I see this picture, I will think of one positive thing. It can be about me or someone I love or about the weather . . . it doesn't matter so long as its positive and I believe it. Then I will imagine that thought traveling through my brain in the most efficient path possible. I will spend maybe two seconds imagining the positive thought's path, then go about my business.

Get Stuck In A Better Cycle To Stop Abusing Yourself

I think this idea and others I'm sure to conceive in the near future will work for me. I believe that former abuse victims can reprogram their thinking. I believe that we need to reprogram our thinking, especially if the abuse began in our original family, if we have experienced a series of abusive relationships, or if we stayed for a really long time in just one abusive relationship.

I spent almost 18 years being programmed by abuse. Brainwashed, really. My thoughts tend to loop through the neural pathways I created for them during the most denigrating, stressful part of my life to date. I no longer live in the abuse, and I deserve to live in peace.

I'm willing to create a new brain for myself, one based on love, acceptance, and triumph. Are you?

I Want to Tell Her About The Abuse
Nice Conversations With Abusers Are Not So Nice
Carey
March, 31 2012 at 3:17 am

I have started to make sure that even when I am in pain (physical due to fibro and a nasty case of the flu it seems) I have to KEEP being happy; the man I am seeing has been a little negative lately because he found out some stuff at the Doctor, but it is all manageable, so I keep giving that the positive twist which makes him respond with a positive twist; we feed it to each other not just to make the other one feel better, it makes us feel better. And it is tough. I will not deny that but the more you do it, the more it works and the more you feel it coming back to you.